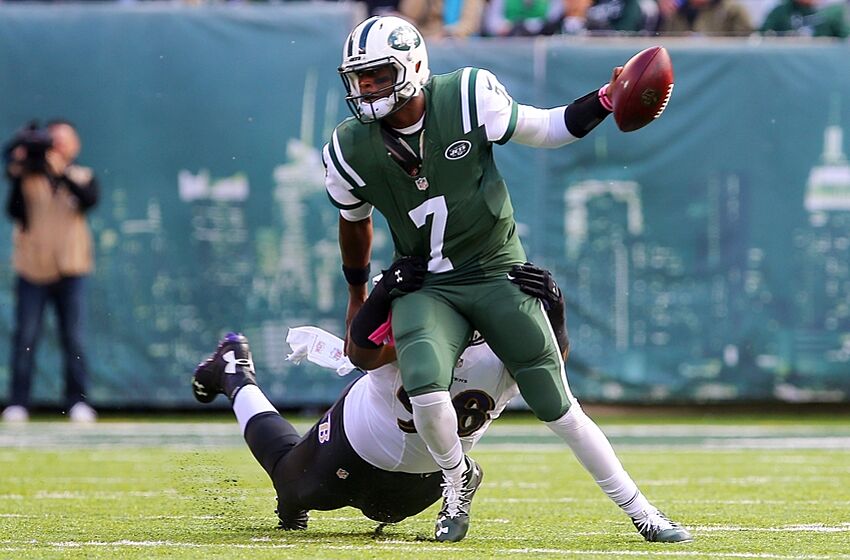 Geno Smith has been everywhere coming into the NFL Week 7 action. After the tumultuous start for Ryan Fitzpatrick with the New York Jets, Smith was named the new starter for their matchup against the Baltimore Ravens. Though many fans weren’t excited for his return, there was at least a glimmer of hope at the sight of change.

Of course, that change looks now like it will be incredibly short lived.

In the first half against the Ravens, Smith took a couple of big hits while being pressured outside of the pocket. After one, though, he was taken to the trainer’s table and evaluated for what looked to be a knee or leg injury. Then came the worst news you can have for a player being treated on the sidelines.

The Jets quarterback was taken back to the locker room:

Yes, indeed; it looks like the Fitzpatrick era isn’t over just yet for the Jets.

Turning the ball over has been the biggest problem for the veteran in New York this season. Interestingly, it probably wasn’t an issue that the also-turnover-prone Smith was going to be able to fix. However, it looks like we won’t get to find out thanks to this injury.

There’s no word yet on if Smith will return to the game or to the extent of his injuries, though he did walk off under his own power. We’ll keep you updated as information becomes available.

Ryan Fitzpatrick is in at QB.

Smith is listed as questionable to return. Buckle in for the Fitzpatrick ride, Jets fans.