NFL Week 4, 2018: 20 bold predictions to consider by Dan Parzych
Vikings vs. Rams: Can the new underdog uproot the undefeated? by Rebecca Mills
Next post3 of 3Prev
Use your ← → (arrows) to browse 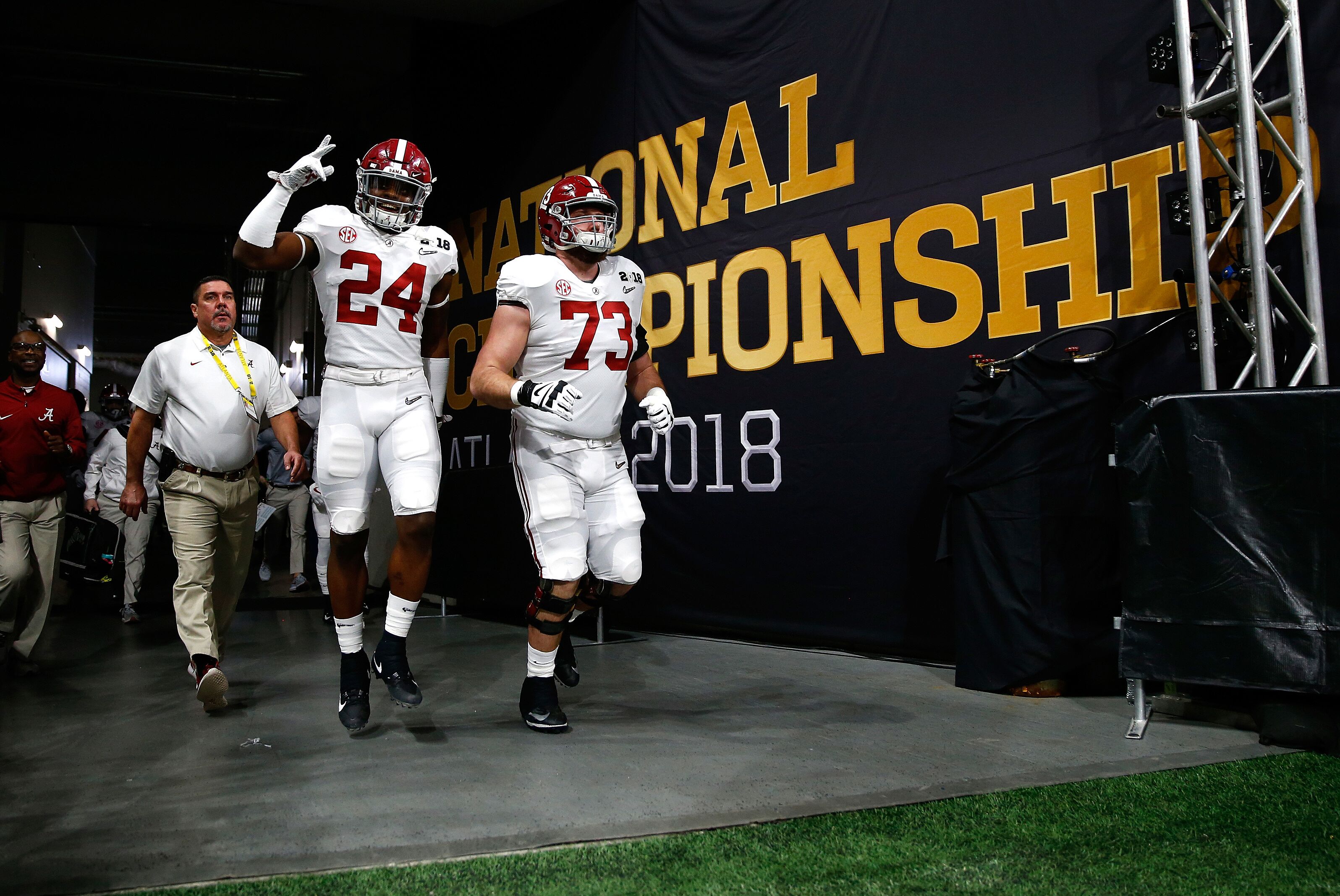 ATLANTA, GA – JANUARY 08: Brian Robinson Jr. #24 of the Alabama Crimson Tide walks out of the tunnel during warm ups with Jonah Williams #73 during warm ups prior to the game against the Georgia Bulldogs in the CFP National Championship presented by AT&T at Mercedes-Benz Stadium on January 8, 2018 in Atlanta, Georgia. (Photo by Jamie Squire/Getty Images)

The 6-5, 302-pound Jonah Williams out of Alabama could be another guy to answer the call for the Giants at tackle. He’s been touted as a clean prospect with a solid foundation and a high ceiling.

Williams does a great job as a run blocker and has shown the athleticism to dominate as a pass blocker. In fact, he’s the first offensive lineman to start for Nick Saban as a true freshman at Alabama. Moreover, some scouts believe he’s a better tackle than his former teammate and current Jaguar, Cam Robinson (per 247Sports):

“He started at right tackle from the get-go… and in doing so looked like a better NFL prospect than his teammate and left tackle Cam Robinson despite being a true freshman. After moving to the left side in his sophomore season, Williams continued to display the tools to be a No. 1 overall pick.”

In the NFC East, dominant offensive lines have led to great success and, in some cases, still do. Give the Giants an offensive lineman in the 2019 NFL Draft and watch their offense turn it up.

Getting a quarterback that can move around the pocket and make plays with his leg his a must for the Giants. They are staring at the faces of a few quarterbacks in their division who can do that, playing Dak Prescott, Carson Wentz and Alex Smith.

Justin Herbert is a better prospect than Prescott with a skill-set that rivals Wentz’s. In fact, Herbert’s size is similar to Wentz at 6-6, 231 pounds. What makes Herbert great is the velocity he puts on the ball, in addition to his ability to extend plays.

Download theScore App for the latest NYG News and Info

Next: 20 Bold predictions for NFL Week 4

Manning can play another year or two and the Giants can groom Herbert to take over. Although he can get better, he’s solid at anticipating routes and throwing receivers open. Herbert will dominate the conversation and will likely become the first quarterback drafted. He’s the type prospect the Giants should trade up for — if they believe he’s a franchise quarterback, of course.