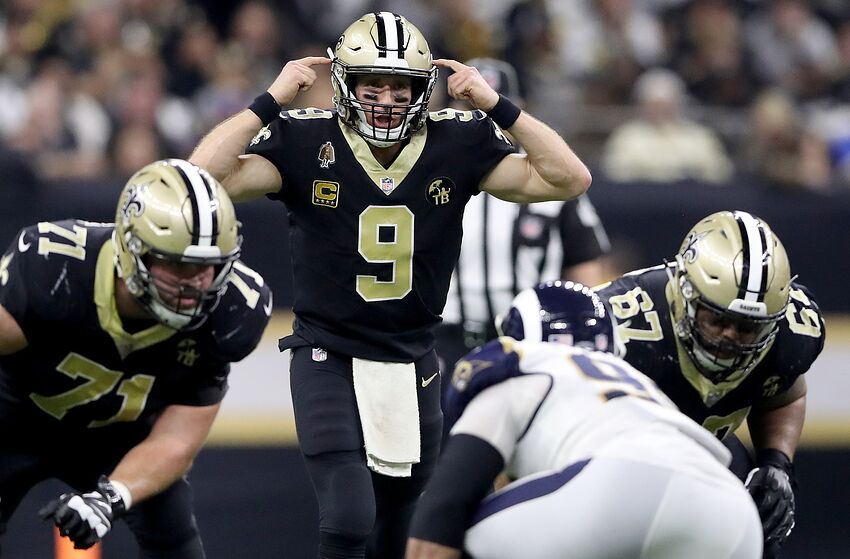 It’s hard to believe that Drew Brees hasn’t won an MVP during his tenure with the New Orleans Saints. Could 2019 be the year he finally gets it?

Quarterbacks are arguably the most important part of an NFL team. They get all the credit and recognition as the leader of the team. Many cite Tom Brady as the greatest of all time while some point to others such as Joe Montana or Peyton Manning. One name that doesn’t get nearly enough attention is Drew Brees. Originally a member of the San Diego Chargers, Brees only really took off as a member of the New Orleans Saints.

It’s hard to imagine a world where Brees never landed with the Saints. Since joining the team in 2006, the Saints have never been the same. He’s broken franchise records, was named Super Bowl MVP and has been named to various Pro Bowls. As a member of the Saints, Brees has earned almost every single accolade except for one: NFL MVP.

Being named NFL MVP is a huge honor that not a lot of players earn. In previous years, Brees has gotten close but never won. In 2018, he was beaten out by Patrick Mahomes, who put together an unbelievable second-year campaign. It’s arguably even more impressive than Brees played at such as high level at age 39.

Now that Brees is 40 years old, could he finally win an MVP?

Looking back at 2018, Brees had the numbers to back it up. He finished the season with his highest completion percentage, was tied for the second-fewest interceptions and achieved the second-highest quarterback rating in his career. In addition, Brees also threw for 32 touchdowns, averaged eight yards per attempt and threw for a little under 4,000 yards. Statistically, Brees should remain one of the league’s best

In 2019, Brees has the potential to get those numbers even higher. Despite the loss of Mark Ingram, the team has hopefully found a suitable replacement in Latavius Murray. While the run game is going to be important, Brees might end up throwing more than last season as the team gets used to the changes.

With Kamara and Ingram, it was comfortable but it’s unclear how Murray and Kamara will work together. If their connection doesn’t work, then it’s going to fall back on Brees. While it might not seem like a big deal, that could be exactly the push Brees needs as voters are going to look at how he helped out in the team when they struggled.

Another area voters are going to look at is how well the MVP leads the team. Praise from current and former teammates is enough to cement that.

Brees truly became the face of New Orleans and the Saints organization. Last year, in particular, Brees helped lead the team to some dynamic wins and even a few comebacks. Whether it be throwing a risky pass, scrambling for a few yards or making a snap decision or something else, when the team needed him, Brees stood up and answered the call.

Many are talking about Brees declining in 2019 and it’s very possible. We saw a short decline in his play around midseason in 2018. Even if Brees does have a small decline, he’s still one of the best quarterbacks in the league. There are players who are younger than him who will never match up with him. As talented as Brees is, it’s a travesty that he hasn’t won an MVP award yet.

Regardless, 2019 has been cited as the year of the Saints. Some predict another playoff run and then eventually to the Super Bowl. Even if they don’t get that far, Drew Brees deserves recognition for helping the team win. He’s gotten overlooked for so many years that 2019 could be the year that Drew Brees finally wins an MVP.